Bruno Faidutti is one of the most famous game designers. He had made may interesting games like Mystery on the Abbey, or Boomtown. In Poland he is popular especially from hic Citadels, which will be available in polish at the end of this year. No so long ago I met with him in Cracow and we had a little talk.

Mike Walczak- Ślusarczyk: Do you remember when your adventure with games have started?

Bruno Faidutti: Well, as a teenager I was a good chess player. So I played chess, I don’t know if it is really a boardgame. Then, in the late ’70s it was the beginning of role playing games, so I played a lot of Dungeons & Dragons. And in the same time I also discovered Cosmic Encounter. For a few years I played it a lot. The boardgame for me it was cosmic. We had all nine expansions and it was a big frenzy of Cosmic Encounter. More recent this time I also discovered American games from late ’70s and ’80s. I remember Warrior Knights, Amoeba Wars, and all this old Avalon Hill and Games Workshop designs. Then, at the same time I started working on my own boardgames.

What was your first game?

My first published boardgame was called Baston (brawl). Rules were some seeing like in Squad leader, but the setting was in a pub with two gangs fighting each other. In fact it was a three-hour game which was a very precision and accurate simulation of about two minutes of brawl in a bar (laugh), where you had to wreck the beer bottle and then slash with it, or jump under the table. The rules had about thirty pages, it was a real simulation game like the games published in this time.

After this I think I had a break, because for about ten years I still occasionally designed and played boardgames, but I was for about ten years in the late ’80s and early ’90s in Live Action Role Playing Games. I organized them with all – renting castles and writing three hundred pages of scenarios and all that stuff.
The same time I was also much involved in poker playing. Then I’ve stopped Live Action because I am married and children and I had no time for all that. I still play poker occasionally, but for much lower stakes, and I came back to boardgames.

When did you decide that you will design games for living? You have made so many games and this must take a lot of time. Or is it only your hobby?

So, if you had more time, you would write novels?

I am not sure, but probably yes. For me, designing games is a kind of substitute of writing, because I don’t have the time and energy for writing.

Where do you find the ideas for games?

It really depends. Often in other games, because I play a lot and I try to play most of the new games. Now I am also becoming interested in kind of encyclopedic way.

It can be seen on your website., where people can find descriptions of all new games.

But there is no definite method, sometimes it starts with the theme, and other time with mechanism. It really depends.

Do you have favorite place where you work, and how do you work?

No, not really. I have a small flat in Paris (I live in Avignon). It is my luxury, I have this flat only for few days when I want, and I like it. I like to be in Paris and meet friends. Very often when I am in Paris I organize game sessions in my flat. I’m a good cook, so I make a big  dinner, and then we play prototypes until 2 o’clock in the morning, and then we take of about one hour to discuss them. Then we play poker.

I also work sometimes in Avignon on my computer. I don’t have fetish in inspiration, it is not like that when I am here I design.

On what games are you working right now?  I know that there is Red Planet Mission, Key Largo…

Key Largo is my favorite of my recent games. I really like it.

So, can you tell us something more about this title?

I think what is nice about Key Largo is a story, because it was first designed by Paul Randles who died from cancer. He didn’t have enough time to finish this game, so together with friend of him – Mike Selinker – we’ve  decided to finish it.

It is another pirate game… There has been a lot of pirate games in last years, but this one is about finding the treasure. Divers are searching wrecks and looking for treasures. There is some strategy, some bluff, and some money management in the game. I really think that it’s well balanced game, and really light to play.

We start with one diver and little money, and we have ten days during which you have to make as much money as possible. To do this, you will dive, and hire other divers, buy better equipment which let you to dive deeper to find more treasures. Sometimes, you can also sabotage the other players work. And sometimes when there is nothing interesting you can take tourists to watch dolphins in the bay. It is really fun to play.

And about Red Planet Mission?

You know, I have made bluffing games, deduction games, pure strategy games, observation games, but there is a kind of games popular in german gaming which I haven’t made. I am thinking about all this area majority games, all this games in which you have to have the most small wooden cubes in this area. So it is a game from this family, but it also has character system which is not like in Citadels, but a bit similar. Something between Citadels and bluffing system which you can find in Adel Verpflichtet.

So it is not something original in the mechanism, all this has already been made in german games, but it fits well on, an I think it works well.

It happens. It is happening now with Bruno Cathala, we have a little problem now, with one game – Aeropostale (air mail). It is about airplane mail systems in the thirties, time of Saint Exupery. Planes are carrying mail from Europe to South America. I see, that he wants to make something much more complex then what I want to. So, we have to discuss it together, but also with the publisher. I think we will find the good compromise.

Do you divide work between each other, or you sit together to talk and think?

It is not sitting together. I have designed games with people whom I have never met. Everything was made on the Internet wit email and on the phone. There are even games which are published in which I haven’t played with the other designer.

There us usually no separation. I thing that game is kind of puzzle in which everything must fit together. So, it doesn’t make any sense to divide. Better way is to discuss, and always someone has an idea how this should be done. It is not like we say “You make the cards, and I make the point system”. It isn’t this.

Which of your games is your favorite?

It is really hard to tell. Usually it is the last one. I could say Citadels, because I really like the bluffing in it, I think it’s very interesting. I could say Mystery of the Abbey, because it was a real challenge to make something fun with deduction, because deduction games are often boring intellectual stuff.

I could say also Dragons Gold, which is light game I really like, but it wasn’t that successful. What I like in this game it’s that negotiation system which have never been made. Here you have just one minute to find an agreement. It is different way for the negotiation game.

What is your favorite game?

Cosmic Encounter
Magic the Gathering – it is still the best card collectible game, because it is the most open. Every expansion has a really new ideas. But in fact M:tG is an offspring of Cosmic Encounter.
Poker, especially Draw Poker. Best poker is on high stakes but I don’t play high stakes now.
If I can put fourth that would be Ave Caesar. It is a Ravensburger game from the eighties, kind of family racing game. It is really fun, because it is very nasty! Way to win the race is not always to be the fastest, it is sometimes enough just to cut your opponents.

Which of game designers you admire the most?

I don’t know. I could tell many names, I think all the EON Team that made cosmic encounter, Darkover and Dune. When you look at their games there are hundreds of new ideas. Many, many new games which are now borrowed some systems from Comic Encounter or its expansions.

I also admire Richard Garfield, because magic: the Gathering is really something great. It was very well designed.

And Allan Moon, because he has nice ideas, and make really good games. I like Ticket to Ride and Elfenland. He is a really nice guy. I’ve met him many times and he is really fun guy. He is not someone who happens to design games, he has an intellectual history and know more or less why he is here. It is someone really interesting.

What do you do in your free time? Do you have any hobby?

I used to read books, and I read a lot. Now I read mostly in English because for me it is cheaper. If I read book in French I will read one ever day, and I don’t have money to buy new books.  When I read in English it takes more time for me, so I cant spend a week on a book.

I used to make some research in history. I even made a PhD few years ago.

And what else? Oh, even when I am not playing I like to read game rules just to see how it works. I read them only for pleasure. I have read rules of games which I have never played.
And game rules are the only thing I can read in German. If you give me anything else in German I won’t understand what it is about (laugh).

I also want to come back in organizing LARPs which I used to do.

And the last question. What is your biggest dream for the future?

I think my biggest dream for the future is that we will find a solution to the problems of today’s world. I am afraid of things like global warming, weaker and weaker states, and growing individualism. I think the solution for these problems can be found both in political, and technical.  And this is my biggest dream, because this are the most important issues right now.

It is important to find cheaper and non-polluting energy. Maybe it is in some way enough.

I hope those dreams come true, it is important for all of us. Thank you for interview. 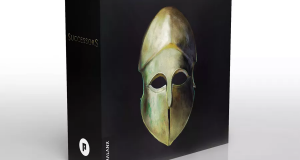 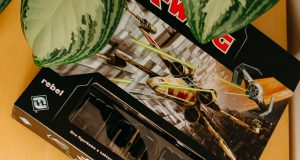 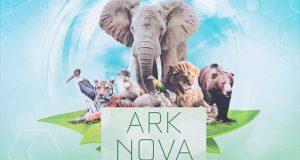 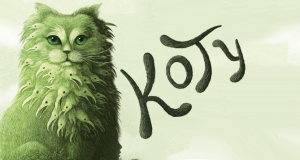